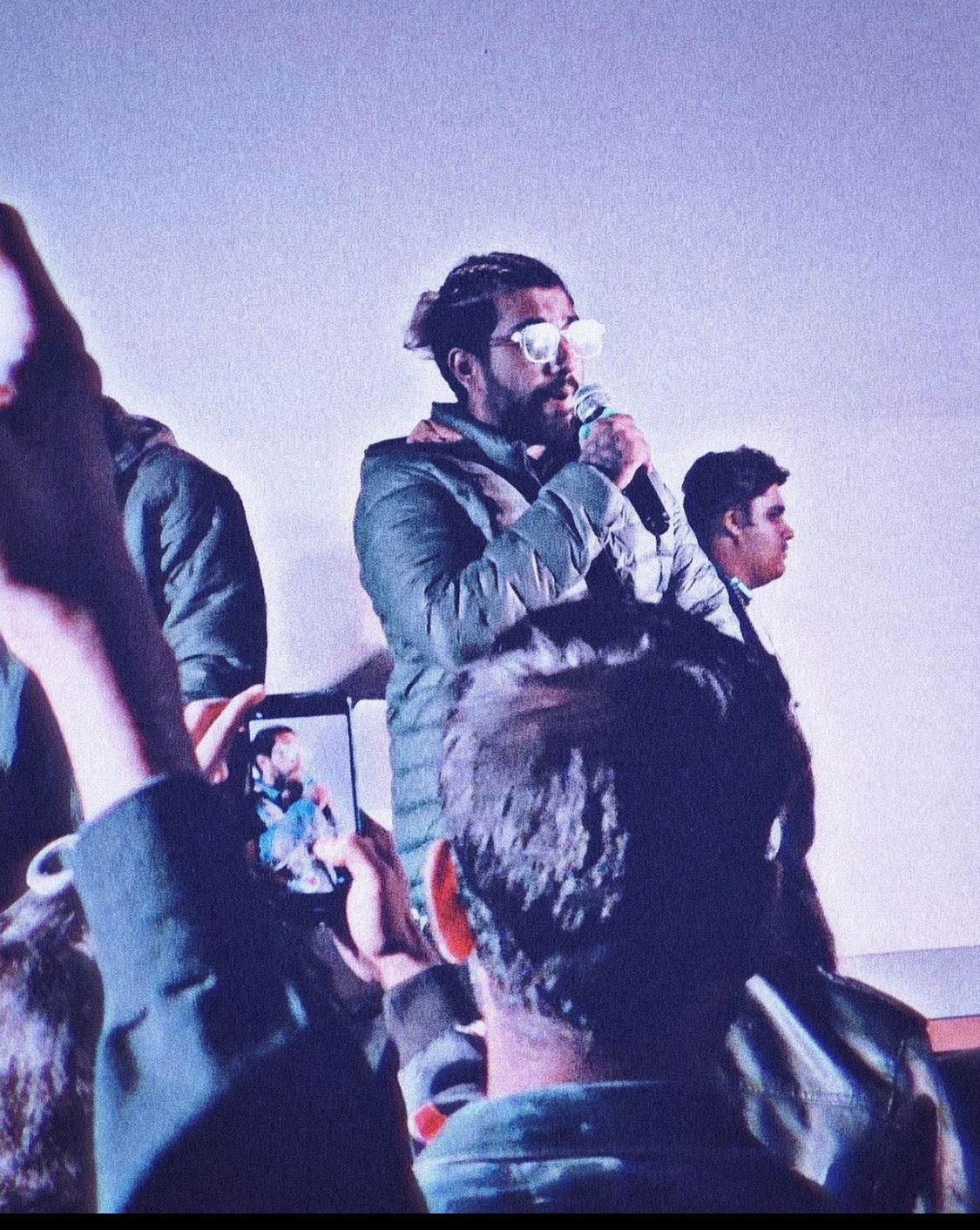 Meet Dev Yashwanth, nothing else is ordinary about him except his name. He goes by his stage name Dynami8 and is a dedicated hip-hop artist from the hubbub of Hyderabad. He makes new school Trap music and has dipped his toes in various styles and genres. An artist that has risen from almost none to thirty thousand streams now. Dynami8 is resilient, hard-working, and more than anything passionate about his work

He comes from the heart of Hyderabad. He has always loved music and was introduced to the greats like Micheal Jackson and Nirvana by his father and was naturally gravitated to it. He explored his own interests and fell in love with the work of artists like Eminem, Tyga, KanyeWest, and Lil Wayne and he was then set on making a career out of music. He first started out with rap and later ventured into other aspects of music, he loves dabbling across genres and seeing what magic he can whip up with them Dev said, “I have always been open as a person myself and as an artist, I am the same, I know I have a lot more to offer to the music industry and felt that sticking to a single genre was a little too restricting for me”. Dev had just started putting out his music last year and has already made a prominent name for himself among the artist from Hyderabad. He soon ranked up and marked his territory in some of the biggest playlists on Spotify country and hip hop of Hyderabad.

Dev is an outlier for many reasons but mainly for having done what most artists can only dream of. He has released an EP so young in his career containing five songs called ‘Nakli Hip-hop’ which translates to ‘Fake Hip-hop’. The album goes through with flow like no other, the beats just encompass you and will soon become a hip-hop bop that won’t stop playing itself in your ears. Dev is doing something really cool with his music, exploring different ways to manipulate sound and engage in different vocals. His core is Trap music and he adds, “The magic happens at the KM  music conservatory, a beautiful place to let my mind flow, some of my best work”.The Music School was founded by AR Rahman.

Dev a one-track mind barely gets any time to himself, is busy working on his music, or is performing in events. In his free time he enjoys watching documentaries and videos on history, Dev adds “I love history, I feel somewhere it adds to my creative thinking process and brings culture and richness to it”. His hobbies interest him but it’s his music that keeps him alive.

His vision as an artist is to introduce global elements to Indian Hip-hop which he believes is still lacking and would really spurt hip-hop in India. He also wants to break the barrier and make it easier for new young up-and-coming artists in the industry. He is working with a lot of creatives from around Hyderabad on his debut album, we’ll soon get to more on that

His EP did so well that he then went on to release a music video for one of the songs on the EP called ‘Undeground King’ it was a massive hit and is now up to 2lac views on youtube. He just dropped a new single ‘Murder’ with his producer Why M3 and is currently working on his debut album ‘Straight outta South”, the title itself is so promising. It features artists from all across the country and especially Hyderabad as a testament to show how many talented creators are actually present in Hyderabad.

Taking such huge steps in his career we asked him if he had any advice for new artists he simply said, “It is very to find your purpose because an artist without a vision is like a blind man sitting in the driver’s seat”. He is truly awe aspiring as he patiently waited to make his move, first having acquired a degree in business he is now learning from the best of the best in KM music conservatory in Chennai because he believes it’s important to have a degree, it is crucial to make money to live out your dreams. He currently runs a recording studio with his music producer Why M3 and collaborates with different artists, we at our office’s can’t wait for his new album ‘Straight Outa South’ until then you can find his music and join us bopping our heads to it: