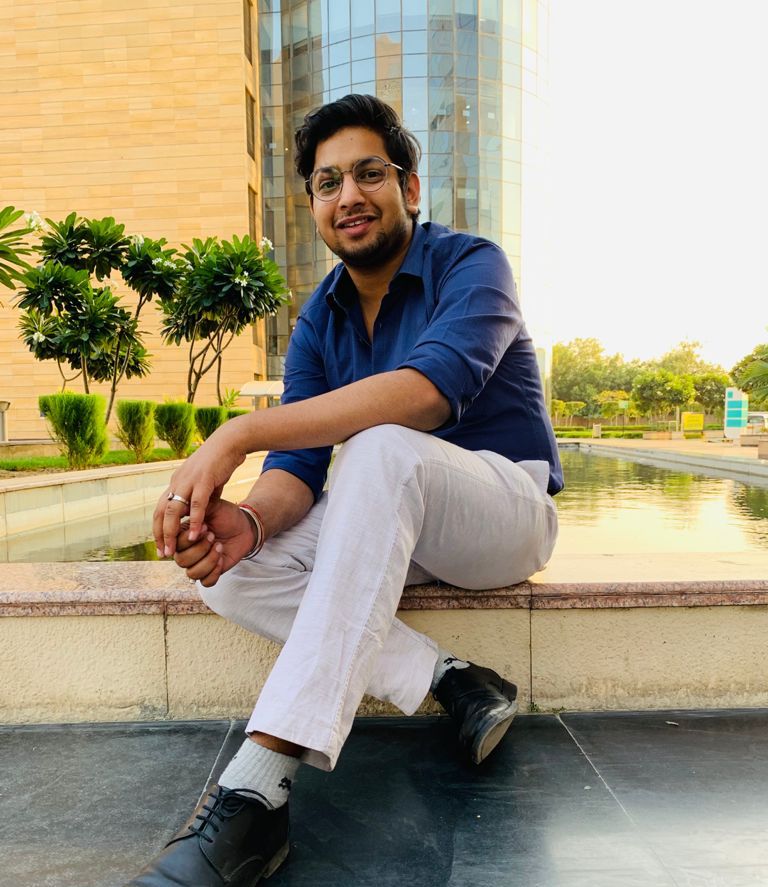 Maybe many in our industry, but those who are doing multiple things at one time are few!! There are multiple files in which he’s contributing his services. Vishal Kumar is an actor, model. Expect this he’s doing his full-time job with one of the best Banking institutions, American Express. As per him, it’s the most employee-centric organization, and he’s also a part of the production team One-Click Production.

He started his journey in Media by Street play. It was a turning point in his life. After which, he did work as a junior artist in Bullet Raja, Tanu Weds Manu part 1 & 2, Ishqzaade, Pyar ka Panchanama 2, and lots of movies. He was a part of the product Launch show “Career Pro” with Actor Aman Verma; paper tap, Swiggy launched the first time in Gurgaon. In web series, he’s part of a team of well-known Series College Romance-2. However, 2020-21 is the best year as his journey and efforts gave him results. In 2020-21, he started his journey as an Artist in a couple of TVC’s and did so many prints shoots for different brands like Trendz Arrey was the first brand for which he did shoot, He worked for Amazon as well, and recently he did few shoots for ONLY and Jack&Jones brand, DayAnn…. His takeaway from his journey till now is that “Your hard work will never disappoint you it will surely give you result, you need to be calm and composed.

His mother gave told him that “Never blame others for your failure learn lesson from it and then correct yourself” and also, without failure, you will never get to know the value of your success.

His organization also supported him a lot in his work, and his clear word is that he will never leave such a great organization, and he’s blessed to be a part of Amex. He’ll only continue with any project if he gets approval or goes from his organization.

It’s just a beginning for me “I just need all of yours support blessing and I will give you my best.”

In terms of Studies, he was a medical science Student, also did studies in the Medical field after schooling also completed his Graduation from DU. His reflections will never end as per him, and we don’t need to stop our study ever since his father gave this lesson. His Brother-in-law and sister always supported him from the day his father passed away and always fulfilled his wishes, and he never needed to say a single word.

I’m blessed to have such a great family and few amazing friends who never denied him to help in tuff times.

Few projects of him are still in the pipeline because of COVID. Soon he’s going to be part of Savdhaan India and web series. I’m waiting for it anxiously.

His primary focus is on my upcoming projects for his I changed my diet, He started his routine workout. It’s tuff for him. As mentioned, he’s a big foodie. To avoid yummy foodies is a big deal for him. In terms of his hobbies, he loved to play golf a lot it’s a kind of stress buster for him as per his statement also he was a part of the cricket team of Bal – Bhawan Delhi till u-14 he left cricket for his studies however in the corporate world he represented his last organization team too.

So with acting, he does have great experiences in different fields, which is just excellent, and of course, it’s not that easy to manage everything.

He thanked everyone who supported him till now and appreciated him for his work.

Recent work done by him for a Magazine he did a TVC “MyPencildotCom” and for a chocolate “MilknNuts,” they both were telecasted on MTV and ZeeAnmol vice-versa.

Quite unpredictable but calm personality and the best part are very much friendly.