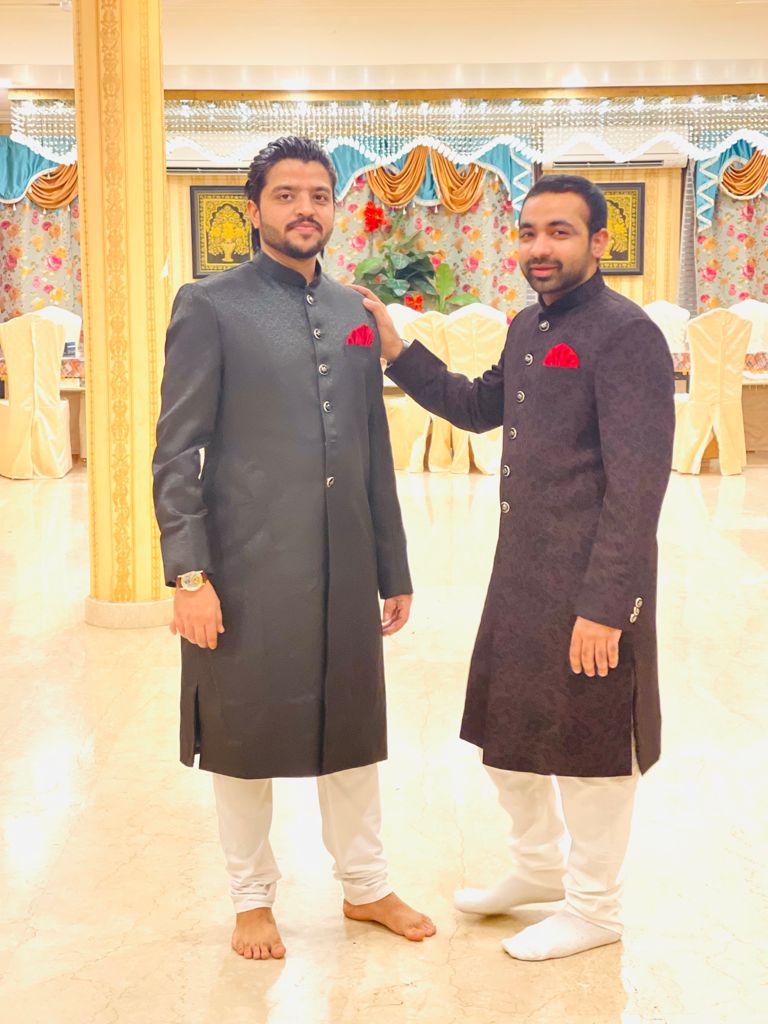 We should never give up on anything because if you dream big, you can do it. The inspiring story of Mohammed Muneeb Khan and Mohammed Akheel can stir high hopes in the veins of young enthusiasts who believe in the power of abundance in the universe.

Born in a business family in Shivamogga city of Karnataka, Mohammed Muneeb Khan dreamt of becoming an entrepreneur. But Mr Muneeb’s parents want him to get a respectable job as they don’t wish him to go through the struggles they have gone through. But his relatives motivated and supported him in realizing his dreams. Subsequently, dream and dedication goes hand in hand and he is the live example. Though his life was not characterised by riches but his intentions were pure and honest. Despite getting slammed by several doors he enthusiastically and with a smile on his face went ahead with knocking the next door and eventually he stood out, initially with a highest paid job overseas and presently as a pioneer with multiple businesses in various sectors even if life wasn’t enough rosy for him. But, he accepted the responsibility for his future at a very young age. He had seen what other people didn’t see and pursued that vision. He said “nothing is greater than the alignment of your personality with your heart’s desire, and if it goes that way then success, happiness, fulfilment and contentment never stays apart from you”. Indeed the world remains open to us; we just need to always lookout for creativity.

MrMuneeb’s life could have been ordinary until he met his business associate and partner in his later life, Mohammed Akheel. MrAkheel’s father was an exemplary advocate with a philanthropic heart.

It was the year 2010 when MrAkheel met MrMuneeb. Their business aspirations and ideas collaborated, and hereafter, the young lads commenced their unstoppable journey to success.

MrAkheel and MrMuneeb opened a firm “Bright Groups” in partnership in 2012. The firm aimed at supplying bags and uniforms to the students. They got the first order from their college, and later on, the business grew through references. Before MrMuneeb and MrAkheel completed their graduation, they had earned enough money to support their families and pay off the gold as well as the educational loan. In 2016, MrMuneeb and MrAkheel came up with a “Thanda Natural Soda” soft drink brand. Their understanding and immense knowledge laid the foundation of a successful business.

“Amber” packaged drinking water was launched by MrMuneeb and MrAkheel in 2017.

The prime focus was to supply clean water in the rural areas where water is scarce. MrMuneeb and MrAkheel provided water to 14 villages and 2625 homes at 1 rupee per liter. Within two months, it took over the market and supported two schools in rural areas, 29 temples, 2 Mosques, and 33 Anganwadis with free water supply.

The most significant turning point was yet to arrive in

MrMuneeb and MrAkheel’s life. “1 Help Technology & Software Solutions Pvt Ltd.”, their software and web development company conceived in 2018. They also developed web designs for the private sector and concentrated on their projects for the government sector. MrMuneeb and MrAkheel’s unique selling point was to provide quick code development software and to work at affordable prices in less time. They worked for the projects of political parties during assembly and parliamentary elections projects. The same year, MrMuneeb and MrAkheel launched their sister company,” 1 Help Technocrats & innovations Pvt Ltd.“

MrMuneeb and MrAkheel expanded their business to Dubai and Qatar in 2019. He was stepped into Real Estate as “Antique Constructions and Builders.” Karnataka was the most brutal hit in the 2019 floods, and these tycoons left no stone unturned to help affected people with food and medicines. During Coronavirus, MrMuneeb and MrAkheel supported the PM relief fund.

MrMuneeb and MrAkheel’sendeavors were recognized with exemplary awards. They were awarded the “India Icon Award 2019” for outstanding service in the IT sector in Karnataka and the “India Excellence Award 2019” as the fastest-growing software solutions service provider in South India. They are also nominated for “International Goal Awards 2020” in Kathmandu, Nepal. MrMuneeb and MrAkheel are also nominated for the “Young Entrepreneur of the Year 2021” award.

MrAkheel and MrMuneeb are always searching for innovative young minds who can help society with their ideas.