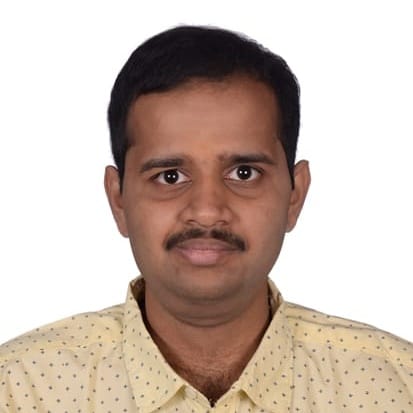 With the blessings of God Krishna in his life, he could hit the right spot with over 95%  accuracy in most cases. Not that it was all hunky-dory; he too had his ups and downs, but when you weigh your focus on things which are followed by your interest, everything becomes like a challenge which has to be conquered and you enjoy the process.

Prathosh started his astrological journey early in his life, he developed an interest in astrology, which was the sole outcome of his curiosity. Curiosity turned passion and has since then given Prathosh a distinguished identity and recognition.

So, hands down, curiosity did culminate in a developing interest in astrology. He got himself all into it and tried every hook and crook to gain more knowledge, which had many means, like books and analyzing every aspect of astrology and delving deeper into the subject.

Prathosh Gopalakrishnan has over 25 years of experience in Vedic astrology and he applies all the theory in practical cases, and in life. He has seen, predicted more than a thousand horoscope cases and has predicted and analyzed with utmost accuracy the timings of future occurrences just by taking into consideration the birth horoscope and transit of planets such as Saturn, Jupiter, Rahu, Ketu, etc.

He says, “By God’s grace, I have proved my skills’ multiple times’ with 95% accuracy.” At the 95% accuracy he’s achieved in all these many years, there is still a 5% chance of things not working out as he says. “I don’t claim it to be 100% because then I will be called Creator Brahma.”

And to back up his predictions and works, he has provided real examples of his prediction turning into reality, and a few of them are;

Prathosh Gopalakrishnan has been blessed with Vaak Siddhi, which happens to be the power that whatever is said by him will turn into reality, no matter if it’s good or bad. But moving away from an easy path is not a cake-walk. He was misled a lot of times, although he had expertise in a Vedic Astrology. He stands still with a firm opinion in his mind that we are all mere puppets in the hands of destiny, and if at all, there exists any strong or powerful cosmic force, it is definitely destiny, which cannot be altered in every individual’s life.

He’s been only acting as a mediator to correct people by showing them the right path and guiding them through it. He says, “Just like a torch or GPS, he’s been enlightening people with success by directing them to walk down the correct path by considering their birth horoscope.“

With the perks of Vedic astrology comes deep knowledge, which one has to gain through patience, hard work, and effective analysis skills. Breaking down complexity into pieces and foreseeing the future to make those complex situations work is exactly what he’s been doing. No doubt, he claims to be blessed by God Krishna and has been showered with all these powers, which has led him to flourish in his skills in astrology and make the next big move towards deep astrology at the very young age of 36.

He falls under the category of self-taught artists, and his journey started when he was just 15. And from teaching himself about astrology to solving 1000 horoscopes with 95% accuracy, that is what makes him a great astrologer. Vaak Siddhi is a thing that not anyone says they possess, and he’s said to possess it, which ultimately projects his efforts and him being blessed by God. His list of victories also has umpteen positive reviews of his testimonial predictions. He’s also applied to have his name  becomes visible in the Guinness World Records and is awaiting results. His knowledge has also made him known to political leaders, celebrities, spiritual gurus as well. He counts every step of his hard work and perseverance as making it work for him. Helping, guiding and mentoring people astrologer Prathosh Gopalakrishnan has served various people across the globe and has become one of the most trusted astrologers.

Get in touch with astrologer Prathosh Gopalakrishnan, who is blessed with God Krishna’s blessings and will guide you and solve all your problems.

To connect and book your appointment: