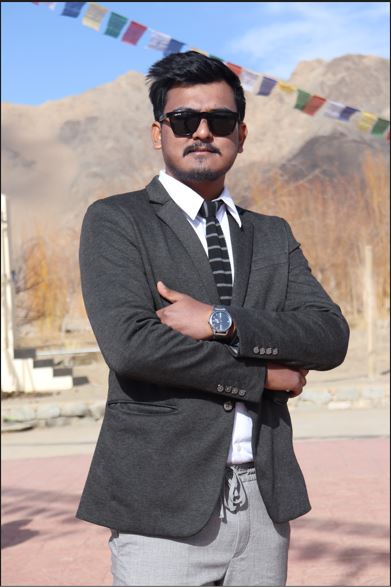 When it comes to community building and creating a brand  from a town which is not even heard by 90% of the mainstream Indians it is not just a task; it is a mission.

Kalimpong itself is a pilgrimage destination for the majority of the Buddhists  in the world and  is a rich historical site with many cottage industries and local products  that are loved and admired by many who have discovered these products there. There is a strong cultural blend in Kalimpong with the Nepali, Buddhist and many other communities coexisting for centuries…From festivals to food, the region shares cross-cultural activities and a common language, Nepali.

For generations  the Kami tribe from Kalimpong has been producing Buddhist metal handicraft for various Monasteries, Monks, local population and many other individual buyers.

With the changing world and growth of technologies, the art form which has been a major source of livelihood for generations was unable to maintain pace with the changing circumstances and benefit from technology in order to reach out to the masses. More than 50+ artisans who are dependent on this art form have been badly hit by the pandemic and have not been able to pick up the pace since then.

The handicraft market dominated by different wholesalers and showrooms run by Marwaris has not been fair to the skilled artisans, focusing  mainly on generic products. Most of the artisans are underpaid and do not have enough work orders to have a comfortable living.

Kalimpong  has a rich heritage and is a major supplier of Buddhism related goods around India and also exports to Nepal & Bhutan.

Mr. Ashwin Lohar (a Naropa Fellow), Ms. Anisha Lohar and Mr. Samir Lakandri, belonging to the underprivileged community of Kalimpong & related to the artisan community have taken up the initiative to revive the dying artform which has been practiced for the last 80+ years in the region of Kalimpong and the area was also  on the silk route to Autonomous region of Tibet.

The initiative is registered as Kamikala Metalcraft Private Limited and incubated with The Step Up Ventures. The organization has been able to bring more than 27 artisans on the  platform.

Youth  from these artisan communities have been working abroad or in different parts of  India due to a  lack of stability in their  work.

Kamikala Metalcraft Private Limited aims to create a sustainable business by creating a uniform design belonging to the ancient times of the Tibet mythology and also educating the Buddhist population more about their  history and taking them closer to their religion through art.

Asia is the birthplace of Buddhism and there are  many pilgrimage locations where the demand for these products is very high. Despite this, these art forms have not been able to properly reach these places. Hence the potential exists for reaching out to unserviced locations and fulfilling demand for authentic products.