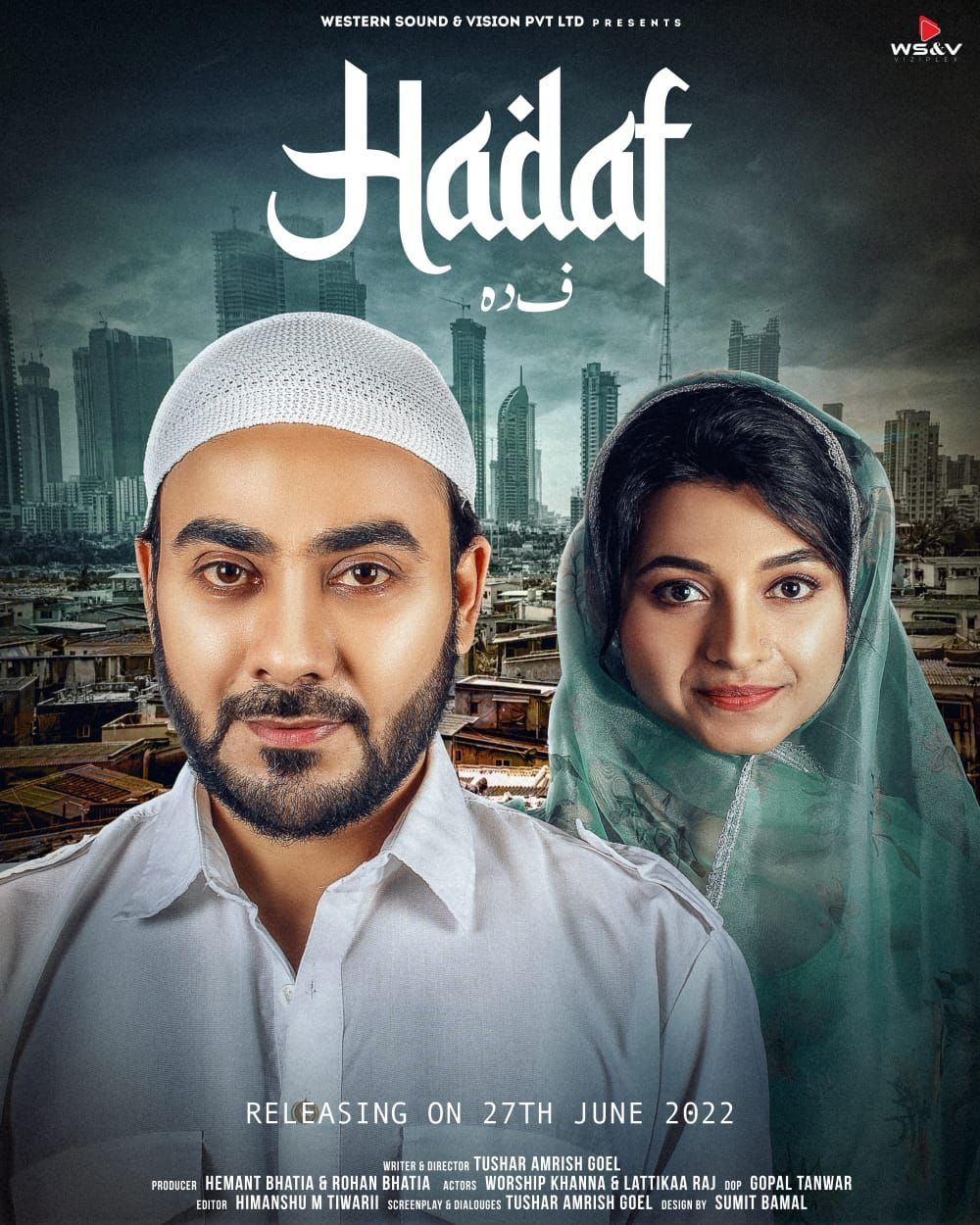 On June 27, 2022, the new web film “Hadaf,” which was written and directed by Tushar Amrish Goel, will premiere on the video platform YouTube Channel “WS&V Viziplex.” The actor’s poster served as the official release date announcement by the film’s producers. Hadaf, a suspenseful Hindi thriller directed by Tushar Amrish Goel, produced by Hemant Bhatia and Rohan Bhatiaand starring Worship Khanna and Lattikaa Raj, is expected to premiere on YouTube streaming initially, with OTT platforms following at a later time. It is described as a never-before-seen suspense drama that will give viewers a big-screen experience.

Snippet about the movie – Hadaf

There is no denying that the suspense drama genre is currently the most popular one. The web film “Hadaf” is based on a serial bombing in Mumbai and tells the story of two people, Worship Khanna as Arif Khan and Lattikaa Raj as Sanya Khan, who become victims of these blasts and how their lives are affected.

No doubt, thriller movies are reserved for the most fearless of movie fanatics, rather than the blood and gore. Full of suspense, ‘Hadaf’ as a thriller drama is full of conflict, unexpected twists, and tensions that have you on the edge of your seats.

In fact, what makes watching thrillers so terrifying is that it may make the viewer question their reality, their relationships with those around them, and even themselves. Hadaf is without a doubt going to be the best thriller drama to see that will keep you biting your nails the throughout.

Director of The Kashmir Files Vivek Ranjan Agnihotri recently honoured Tushar Amrish Goel, who has won numerous awards. Tushar is working to establish a prestigious position in people’s minds thanks to his endearing personality and talent. He has now stood up to present his extraordinary creation, “Hadaf,” to his audience as a pie of surprise.

Needless to say, Suspense is a genre that is always in style. Audiences always desire films that make their hearts race, regardless of what else is going on in cinema. Fair enough, we are unlikely to get tired of drama, suspense, and pursuit scenes. However, it’s frequently overlooked that suspense is where many of the most creative and unique writers and directors perform their greatest work. After all, suspense depends on keeping viewers intrigued, therefore Tushar is constantly looking for fresh approaches to crank up the suspense.

Be ready to treat yourself on 27th June 2022 to the amazing suspense drama web film ‘Hadaf’ that is sure to keep you at the edge of your seat with its twisted ending. Brace yourself for an unpredictable, heart-pounding experience with the outstanding must-see suspense film ‘Hadaf’.