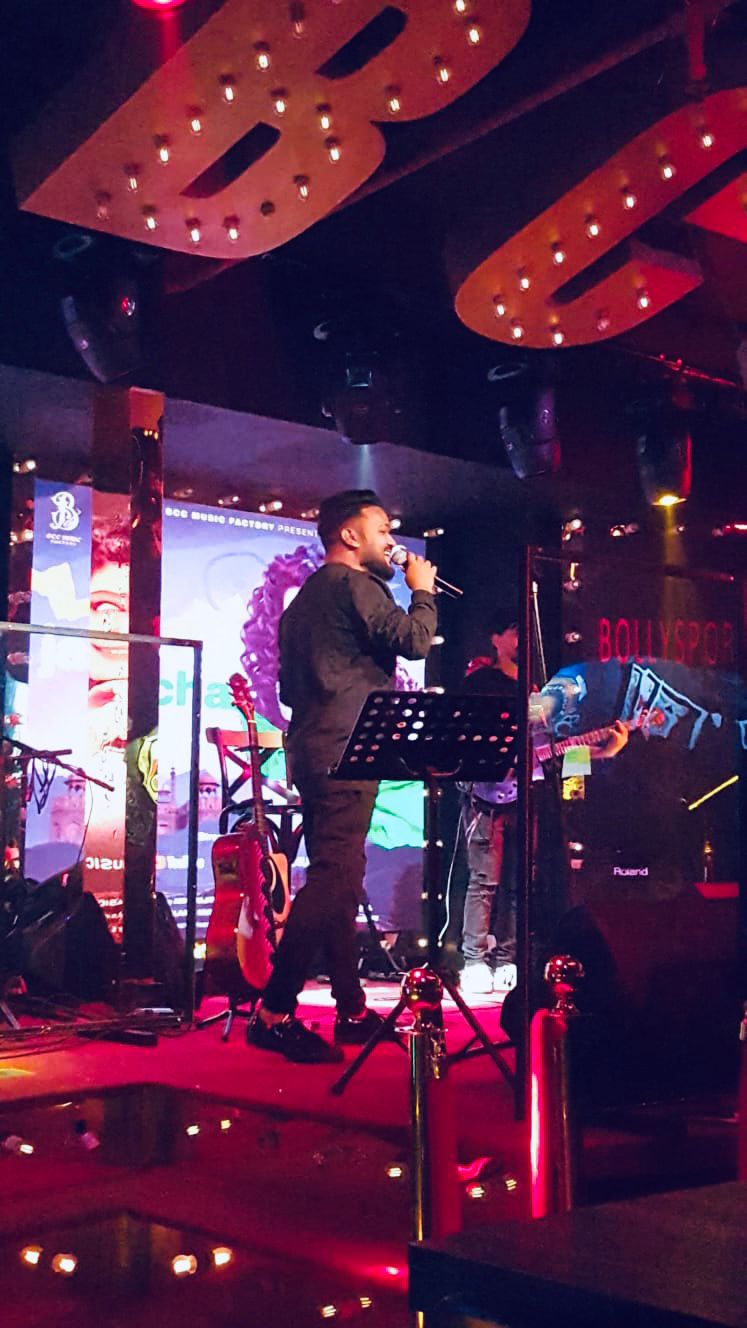 Akash Sagar is an Indian Musician, Singer and Composer who recently has performed on the international platform in Dubai where he left audience with no choice but to fell in love with his voice, his songs.

His melodious voice has now been heard in leading cafes and lounges of Dubai. He performed in top cafes of Dubai such as High Note Pool and Sky Lounge, One Club Dubai, Epitome Dubai, Opus Dubai where people from across the globe were present and Akash performed their live. He sang various Bollywood songs from different genres and set the mood. During the performance people couldn’t sit straight and were syncing with the tunes of music and relaxing.

Akash said, “It was a mind-blowing experience, as a performer I only expect audience to active and engaged but here everyone was vibing with me they giving me energy to perform and make the show a hit. The show went well because of them.”

Akash has been professionally active in this field of 12 years and in those 12 years he has done marvelous job; from singing covers to releasing his own songs, composing music, singing covers, getting viral on social media and everything that one could think of. He has a huge fan following on and off the internet. The inclination that he had towards music was since he was a kid and often would listen songs on radio. He set his foot on a different journey when he was Lucknow where he started doing gigs, singing in café and performing in front a live audience.

“Every time I get on the stage and perform it is still like the first time. For my mind it is still my first performance and I love the feeling.” After performing is such high-rated clubs and cafes he plans to keep up these performances alongside working on his song as well. Akash went viral in 2020 when he went viral for his Phoolon Ka Taaro Ka cover that has over 2 million views and seeing the response from the public he released his first official song in the year 2021 February Tere Intezaar Mein and since then it has been a different ride for him.

Slowly and steadily he has climbed the ladders of success and has made his name in the music industry on his own without any background, links or help. It is his pure talent that made him what he is and kept him going despite he has face harsh time and hurdles. Following the tough times, he has learnt a lot of things and he still believes in learning.

Apart from his own videos, he has shared stage with various renowned Bollywood personalities and singer not just in India but across the globe and he continuously works on becoming better and better every day. His birth land, Ayodhya, same as the birth land of Lord Ram where he feels blessed to be born, bought up and raised on. With his works and music, he has made his town proud.

Besides his recent performance in Dubai, he has performed in various cultural shows, organizational and corporate events and parties where he has won hearts of people. 12 years and still counting, his journey with music has been a bliss and he looks forward to more opportunities like this one.

He aims to become an independent artist who makes music, sings and performs and conquers the hearts of people by his voice. He is already working on making his own music and he wishes to work with Bollywood and sing-make music for them. When he is not singing or doing work related to music, he can often be spotted painting the canvas and following his hobby.

Apart from this, he is actively associated with international music labels and event managers where he is soulfully performing and winning hearts of people with his talent and soothing voice. At Dubai, he has made a special place in the hearts of people and they can’t wait to hear Akash again.

Until he performs live again.

His songs are streaming on all leading music platforms;

To connect with Akash Sagar, visit;