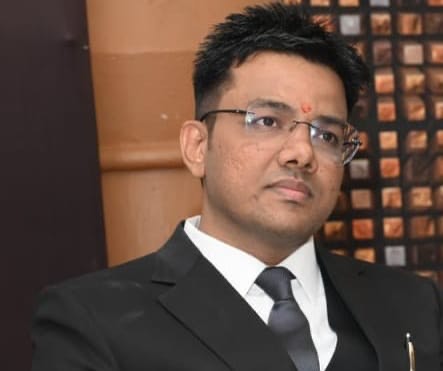 Being ‘Student’ is most toughest part of the life where expectation , motivation , energy , goal , hard work with smart work etc all minerals must be mixed up properly , particularly if you are a student of law .Today I am going to talk about the unique solution of law student life given by a young and innovative person in the field of law who has contributed his 13 years of experience in the field of law . In the later part of this article you will come to know about his well-known identity .  Well ! Nowadays, studying law is not the same as it was 20-30 years ago ,especially for law students. I am saying this because I have a logical background for this opinion.

Firstly, earlier there was not so tough competition for selection in government jobs in the field of law as it exists nowadays. For example if 100 posts are there in vacancy , where maximum 40 or 50 times candidates were there to compete. Nowadays even for 10 posts there are 500 times more candidates interested to fight for such a post. The reason behind such a huge increase in competition is not confined to any single cause , there are numerous reasons behind this .

Secondly, earlier number of bare acts in syllabus are not as numerous as today and enactments of new legislations like IT Act 2000, Prevention of Sexual harassment Act 2013 Juvenile Justice Act, 2015 etc also lodged burden of extra study on students of laws.

Thirdly but not the last reason , what I think that now examiners set the papers checking sections or conceptual recalling capacity of students like which section talks about this , which article deals with so and so topic , what is Section for so and so things etc

So One Point solution for this drastic change in exam pattern, syllabus , level of competition etc is certainly LINKING LAWS Approach .

This LINKING LAWS APPROACH is an output of the unstoppable hard work of the person ,about whom I was talking at the start of this article . His name is Tansukh Paliwal (we called him “Linking Sir ” ), a 30 years old young person with great experience to understand the emotions of a law student . His linking and motivating style of teaching law cannot be compared with any other. That’s why he is a Legend Educator  for Judiciary Examination at Unacademy , a unicorn EdTech company in India .

How was this Concept of Linking Laws developed?

Tansukh sir has developed this method with the help of self made charts prepared manually. Nowadays , this manually prepared is converted into LINKING CHARTS , exclusively available on http://www.linkinglaws.com website. A lot of law exam related content is also available freely on this website.

Imagination , Section Post-mortem , Diagrammatic Note preparation and motivational study etc are unique features that made me a big fan of Tansukh sir . Today, there are thousands of videos lectures of Tansukh Sir, freely available on Youtube channel “Linking Laws” or “Utkarsh Law Classes” for law students, which have been viewed by more than 2 million law aspirants and this figure is moving upward. All law linkers are directly connected with the telegram group “LINKING LAWS TANSUKH SIR”, where more than 21.5K subscribers has been enjoined so far. Anyone can approach Tansukh Sir for guidance by directly messaging him by telegram at his profile “@tansukhsir”, which is helpful for a student of law.

So , I think Linking is a one stop solution to problems such as studying law.
https://www.linkinglaws.com