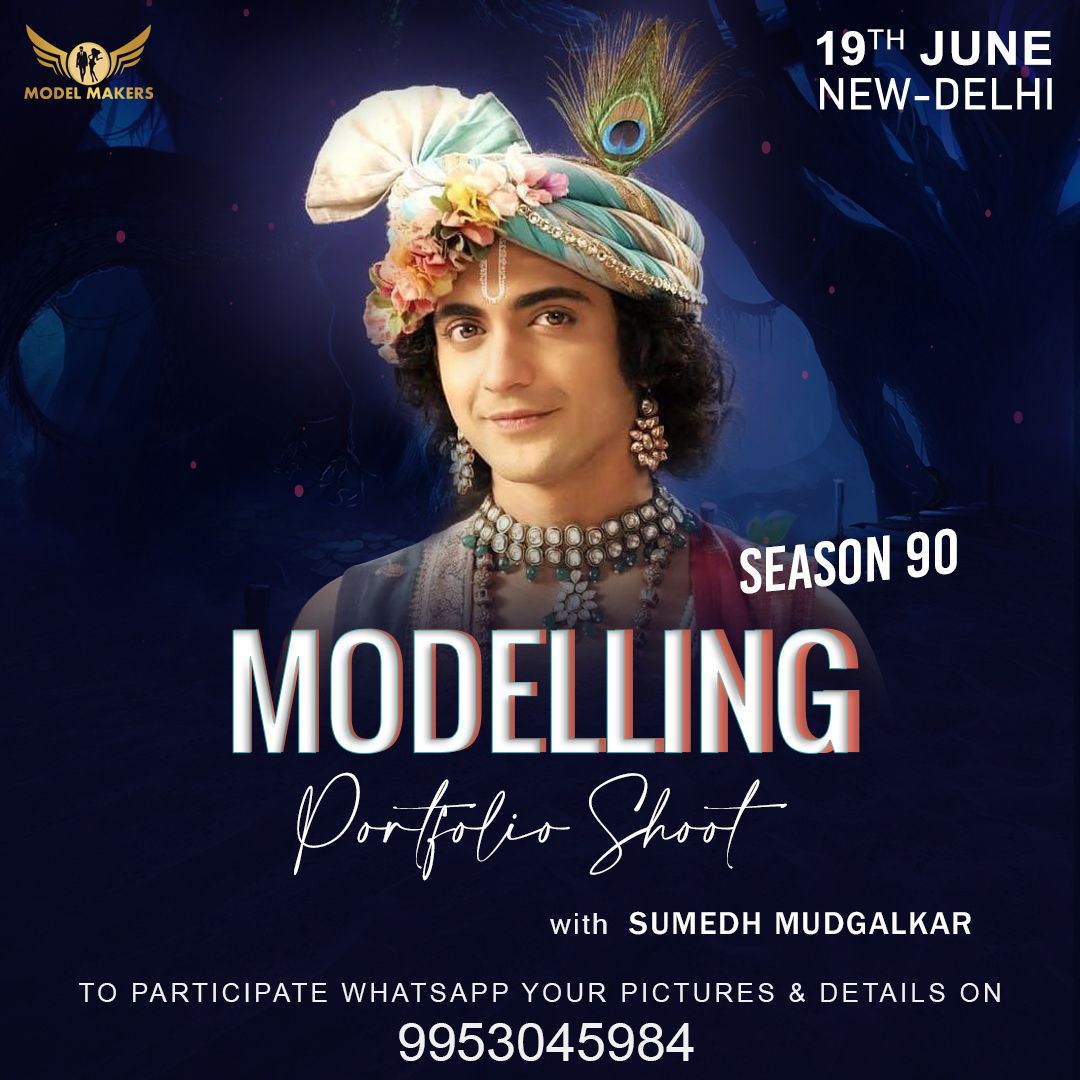 Model Makers, came into being in 2013, is one of the India’s leading modelling agencies which aim to boost the scope and glam of fashion modelling in India. Model Makers was a step initiated by Himanshu Chaudhary. From a startup to the leading agency in India, Model makers has come a long way. Once you enrol with them, you’ll experience a professional environment with friendly staff. As soon as you become a part of modelling agency, there will be a proper portfolio to be followed by the model. Model Makers had a history of working with prominent celebrities of our industry namely Rannvijay Singha, Karan Kundra, Prince Narula, Parth Samthaan, Yuvika Chaudhary, Himanshi Khurana, Asim Riaz, Lopamudra Raut, Arshi Khan, Sara Gurpal, Ginni Kapoor, Nitibha Kaul, Umar Riaz and many other MTV Splitsvilla and MTV Roadies contestants.

This is an announcement for famous film and TV personality Sumedh Mudgalkar’s fans as he is coming to Model makers on 19th of June at Model Makers. This will be a Modelling and portfolio shoot wherein everyone interested will get a platform to showcase their modelling skills as well a fair chance to meet their own Sumedh Mudgalkar.

For those don’t know, it is to inform you guys that Sumedh Mudgalkar, 25, is a famous Film and TV personality. He made his debut with Channel V serial ‘Dil Dosti Dance’ followed by number of series/serials like he portrayed the main antagonist Yuvraj Sushim in the Indian historical drama Chakravartin Ashoka Samrat, He made his debut in film industry with a lead role in film ‘Manjha’. He had also done a number of music video and Marathi regional Films. He gained a great fan base from his spell bounding acting as lord Krishna in Starplus serial ‘Radhakrishn’. His dialogue delivery and charm has won him millions of fans. In 2021, he reprised his role of Lord Vishnu along with Mallika Singh and Basant Bhatt as Lakshmi and Sheshnaag respectively in Star Bharat’s Jai Kanhaiya Lal Ki which is a prequel of RadhaKrishn. He has recently made all his fans go flabbergasted by his antagonist character ‘Darkie’ in Disney + hotstar’s social thriller ‘Escaype’. He is known as a great dancer too. He even started his career from a youth based dance show ‘Dil Dosti Dance’.

Best part about this upcoming modelling Portfolio shoot with Sumedh Mudgalkar is that anybody who is interested, irrespective of any age group or gender or size, can participate. Thinking of getting your kid into modelling?  With Model Makers, why not? Let your kid explore the fashion world with confidence and show their creativity in the respective field. Else, are you a chubby personality aiming for plus-size modelling? Let model makers do this as well for you. Or, you think you already passed your age for modelling. No, their lies no age for modelling as they consider every human is attractive in their own way. Show off your wrinkles with model makers. Yes, they are offering modelling opportunities from 6 months old to sixty years old. People of any gender can participate in it.

Also, the procedure to participate is really hassle free, for registration, one has to simply send their basic information like Name, age, city and height alongwith his 3 best recent photographs. The selected participants will be updated within 24 hrs by the Model Makers team. Only selected models shall be invited for portfolio shoot. Proper professional makeup and hairstyling team shall be provided to the model (for free) to help with poses during the shoot. Whole photoshoot shall be done in a professional studio under professional team guidance. Once your shoot is done, its not the end of your relation with model makers as they provide you a complete guide for your career. They will assure that you are updated with the upcoming auditions and opportunities in modelling and acting.

Model Makers has also done casting for various TV ads to movies and reality shows. One can visit their Instagram Account @Modelmakesofficial and can have a glimpse of work they have done so far. Their instagram account says it all.

So, if you wanna try your luck in Modelling career then go get yourself registered as per the details mentioned above.